Del Francis and his Advisory Committee were responsible for the 1980 fire sprinkler inspection laws established throughout L.A.’s and Hawaii’s business communities skyscrapers and other high-profile structures. Del Francis helped several fire departments for fire sprinkler inspection standards throughout Southern California, Hawaii, and beyond. WFP operates on a service model, not a business model when providing fire safety and the best protection services Mountain Center.

To this day, World Fire Protection shares the same vision and values, carried on by the grandson of Del Francis Blake Chapman. Our team looks forward to a future built on a foundation of honesty, innovation, and commitment to quality. We are licensed in California under license number 1049720. World Fire Protection has stood the test of time — we provide the best fire protection services Mountain Center. Our company has played a crucial role in setting high standards and shaping not only fire protection service Mountain Center but the skyline of California.

No unexpected fines and no surprise problems that’ll cost you. Experience cost-efficient fire sprinkler service testing Mountain Center, expert scheduling, and transparency throughout our entire process. Our customer service prioritizes your needs — we meet your objectives with gusto and enthusiasm.

Our WFP experts respond quickly and provide fire sprinkler inspections Mountain Center done with the utmost detail. We offer day-of maintenance and certification services. Our best fire protection services Mountain Center save you more than money. Ultimately we protect your livelihood and as they say, better to be fire protection safe than sorry. Our WFP experts are quick and can address any emergency inspection or repair needed.

At WFP, our fire sprinkler service testing Mountain Center, fire alarm inspection, and repair is done with practical expertise. If you’re experiencing issues with your system, call our WFP team to get a reliable inspection service.

At World Fire Protection services, we have a specialty in providing personalized care for your property management team. We allow advancement appointments to fit your schedule at any time. Alongside 24-hour fire protection service Mountain Center, we also offer the most transparent and detailed process from design to installation. We love aiming to meet your objectives — and more often than not — hit the mark.

Our best fire protection services Mountain Center are skilled and devoted to providing full-service fire sprinkler service and more. From design to installation to the final inspections, you can experience proficient and full-service protection for your property or properties.

Enjoy fire safety done right. We provide fire sprinkler inspection Mountain Center as though it was for our property. Feel protected and safe from every corner of your property. We love providing robust protection and peace of mind for all. 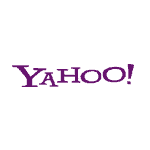 Located in the San Jacinto Mountains of Southern California, Mountain Center is an unincorporated community at the base of Lake Fulmor. Mountain Center is bound by forest on all sides. The wilderness resort town was named after its highest resident point, Mt.aint Center Peak, which towers over the development at 5,911 feet. Mountain Center is a beautiful mountainous region in the Inland Empire of Southern California. Located in the center of the mountain range, as if a crown resting on top of them, it sits between Hemet and Palm Desert south of Lake Hemet. It’s northwest from Idyllwild and south-east from Riverside which is located at an entirely different elevation level – 4,180 feet above sea level. This proximity makes it possible for people to enjoy year round snowy weather when they can escape to Big Bear City tucked further north in the mountains.

Geography and Terrain of Mountain Center

The town of Mountain Center is based more than 1,000 feet above sea level and contains many orchards; which during the spring bloom into a show of masses of color. It is common to see rabbits, geese and squirrels in its downtown area near Hemet during fall. During the summer there is always plenty to do such as visiting various wineries and parks, but it’s best to call ahead of time; especially if you plan on going with a large group – the lakes get overcrowded sometimes!

According to the 2000 United States Census, the total land area of Mountain Center is slightly more than one square mile. In addition, the neighborhood of Mountain Center covers an area of 1.9 square miles (4.9 ft). There are many streets which adjoin the longer streets that lead to bigger expanses beyond. 99.91% of its land being occupied by buildings or pavement, and 0.09% naturally occurring ground. There is only one major body of water in Mountain Center – Lake Hemet, which nearly doubles as a reservoir for the community.

When you visit Mountain Center, you will find a quaint mountain town in the San Jacinto Mountains. The town is the perfect place for a vacation in the mountains with a community that is friendly and has a down home feel. The town is a popular destination for a romantic getaway with a cabin in the woods feeling. The wilderness attracts hikers, bikers, and rock climbers. Visitors can enjoy the pleasant weather year round, but the summers get hot and the winters get cold.

The terrain in mountain center is varied and overwhelmingly magnificent. You can find many outdoor activities in this area. There are trails for hiking, mountain biking, and four wheeling. There are also plenty of beautiful vistas to enjoy the view! The weather here in mountain center is consistently warm in the summer, which is nice to enjoy. Although, in the winter it can be extremely cold. There are many ways to get to mountain center. You can drive, take a local bus, or hitchhike.

Though there are 1,700 residents currently living in the community, little real estate property is available for sale or rent. The Mountain Communities Development District celebrates this accomplishment because it has made it difficult for people to live in Mountain Center, but investing in businesses here remains lucrative due to high potential clientele demand.

The Mountain Communities Development District (MCDD) has announced its annual report for fiscal year 2015-2016. According to the report, the district was able to make $6.1 million in revenue during the fiscal year. This is a significant increase from last year when the MCDD made $5.3 million in revenue. The district also celebrated the opening of its new headquarters in September, which has made it more convenient for staff members to work together. The district hopes to continue these achievements in the future by continuing to invest in Mountain Center so that people can afford to move there.